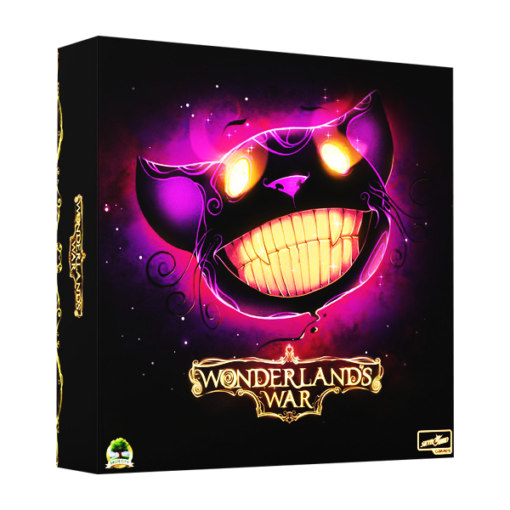 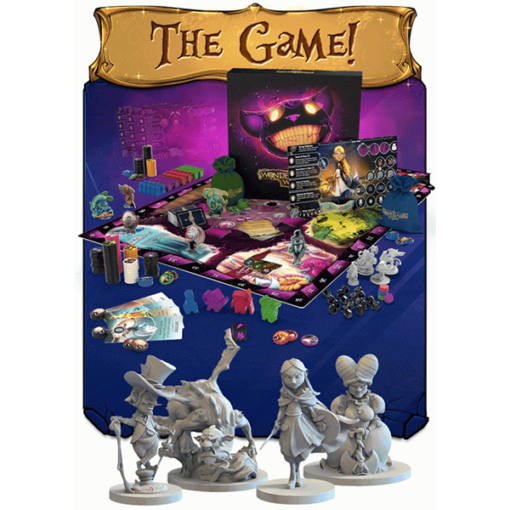 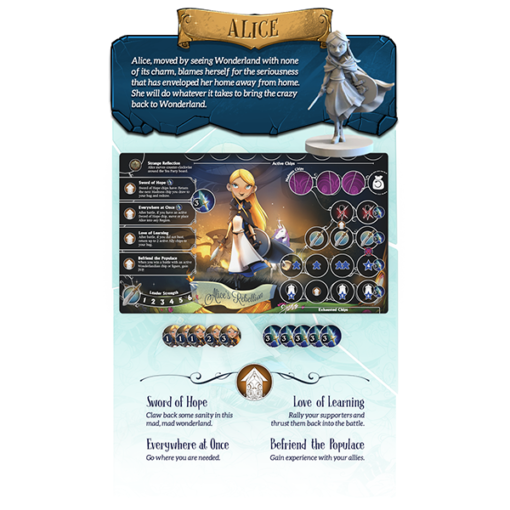 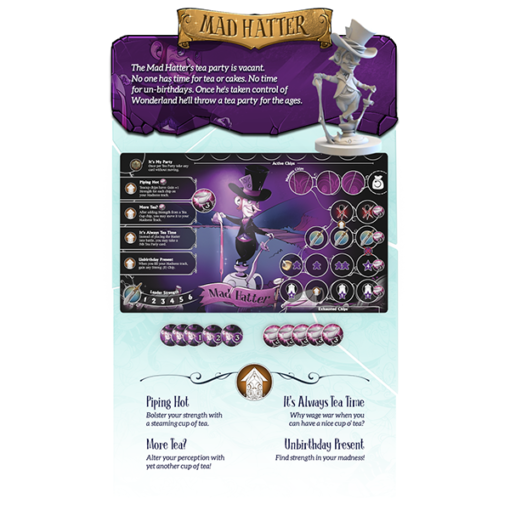 The Looking Glass has shattered, madness is being drained from the inhabitants, and war has come to Wonderland. Alice, Mad Hatter, Red Queen, and Jabberwock must gather all that they can while playing nice at the Hatter’s Tea Party before going to battle in Wonderland’s War!

In this Drafting, Bag Building, Area Control game 2-5 players take the role as a Faction Leader who has been invited to the Hatter’s Tea Party. Drink tea and eat cake as you move around the table drafting cards to gather your forces, build your towers, Upgrade your Leader, and recruit Wonderlandians to your cause. But one must be careful, as shards of the Looking Glass are spread throughout Wonderland. Once all the plates are empty, the Tea Party is over and war begins.
Use the forces you gathered and Wonderlandians to battle your enemies in familiar Locations, but make sure not to draw your Shard Chips or your towers will fall and you will be out of the fight. Can you muster enough strength to win the battle or will you just try to gain Region Bonuses for set scoring throughout the game instead?
After all the battles have been fought, a truce is called and everyone meets back at the Tea Party to plot their moves for the next fight. After 3 rounds, the Faction with the most points will be crowned as the new Leader of Wonderland!