Ages 10+
In Action Point (AP) Allowance System games, each player is allotted a certain amount of points per round. These points can be spent on available actions, until the player does not have enough remaining to "purchase" any more actions.

Action Point Allowance System
Dice rolling in a game can be used for many things, randomness being the most obvious. Dice can also be used as counters. The dice themselves can be unique and different sizes, shapes and colors to represent different things.

Dice Rolling
Games with partnerships offer players a set of rules for alliances and teams. Partners are often able to win as a team, or penalties are enforced for not respecting alliances 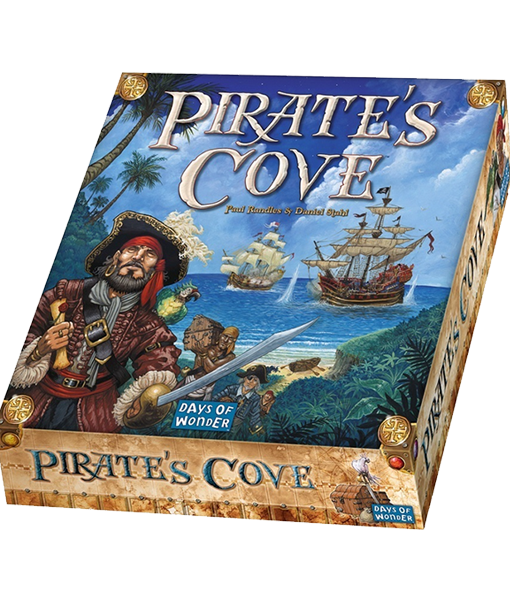 Be the first to review “Sol”

Land your crew on the island of SOL, a highly colorful but forgotten island in the Atlantic Ocean, then pit your skills against another team to find and (more importantly) leave the island with the treasure of the God of the Sun.

In SOL, players divide into two teams: adventurers vs. conquistadors, with each team having three or four characters. Each character has movement, fighting, and search skills; inventory for two or three items; and a unique special ability for use in the advanced game.

On a turn, all of the characters on one team act first, one after another, then the opposite team goes. During your turn, use your action points to move your character and search on the island. If you meet someone from the other team, you can fight them, whether to steal the treasure or simply to set them back. When you search, you might find move and fight tokens to save for the future; flags that let you claim a dock on the island to make it easier to leave; or clues to the treasure. The clue tokens let you play cards, and those cards determine where the treasure will be found — ideally in a spot more advantageous for you than the other team.

Once the final clue has been found, the treasure is up for grabs, with a team needing to have one of its characters possess it on a dock to which they have access at the start of their turn. Thus, holding it isn’t enough as the other team can possibly steal it away on their turn.