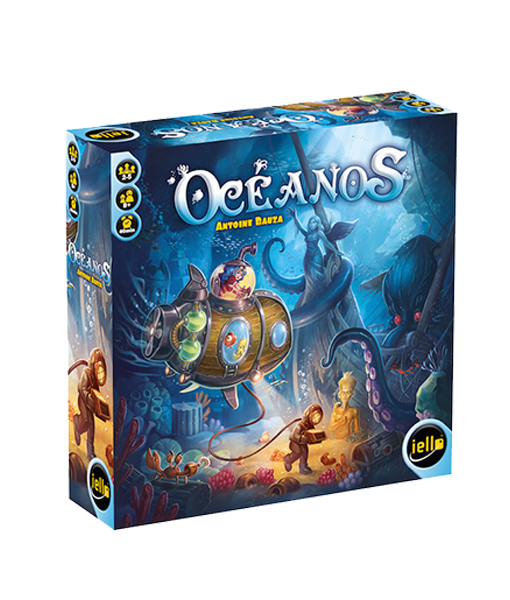 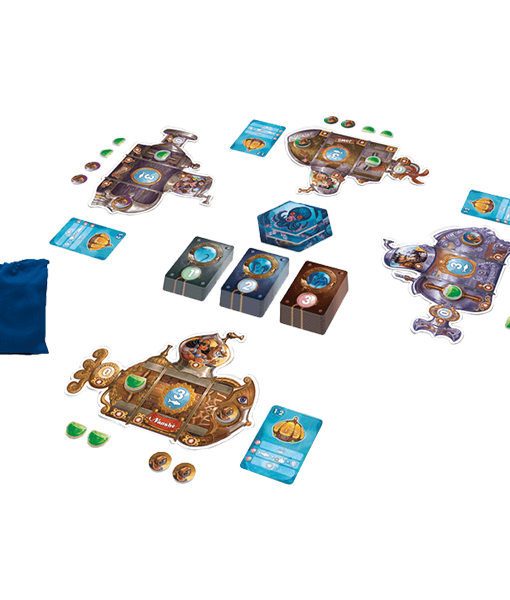 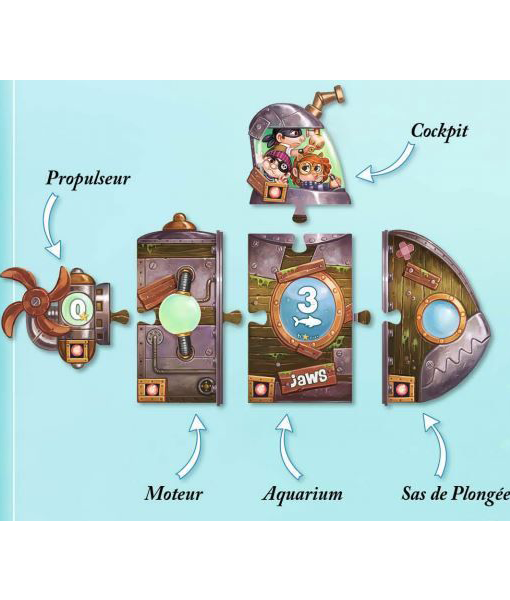 Ages 8+
Card drafting games are games in which players pick cards from a limited subset, such as a common pool, to gain some advantage (immediate or longterm) or to assemble hands of cards that are used to meet objectives within the game.

Card Drafting
The primary goal of a set collection mechanic is to encourage a player to collect a set of items.

Set Collection
The simultaneous action selection mechanic lets players secretly choose their actions. After they are revealed, the actions resolve following the rule-set of the game.

Be the first to review “Oceanos”

Oceanos is a game of underwater exploration with an original take on card-drafting.

Each player pilots her own submarine trying to spot the most underwater species and the largest coral reef, sending scuba-divers after forgotten treasures, collecting precious crystals to upgrade their ship and to escape the fearsome kraken’s gaze…
Each submarine is divided into five parts, each of them independently upgradable from level 1 to level 3 and each one of them controlling a different ability of the player (however, there are no different abilities from one player to another). As there are multiple ways to score points and multiple takes on the submarine-upgrading order, the game offers several ways to win. The whole game takes mere 15 turns, each one of them simultaneous between all players, which makes it a fairly quick family game.
Even though the submarines have the same abilities game-wise, each looks differently, and a special attention was obviously given also to the depiction of marine life.