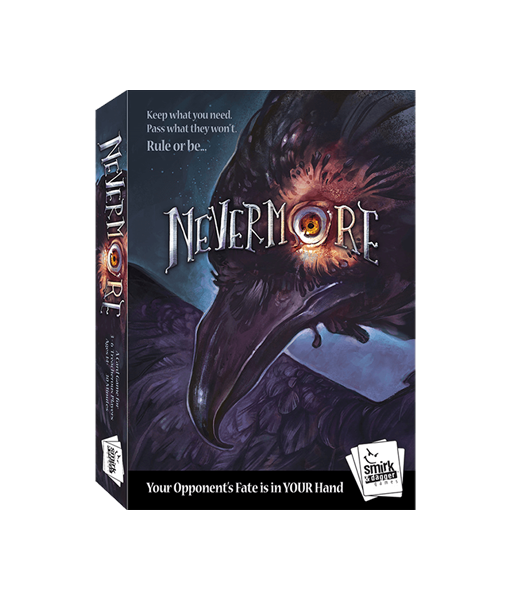 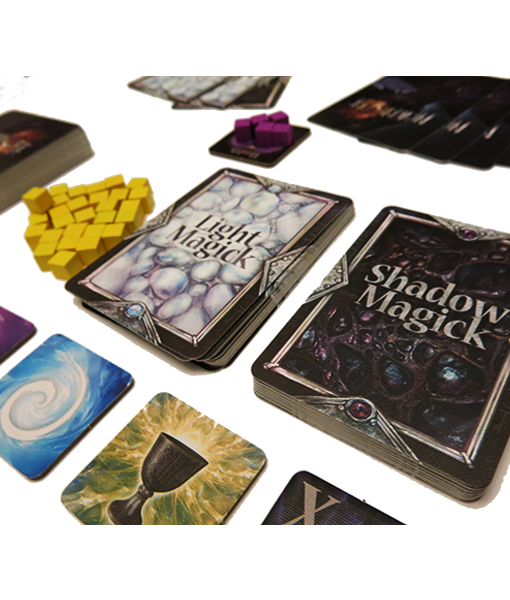 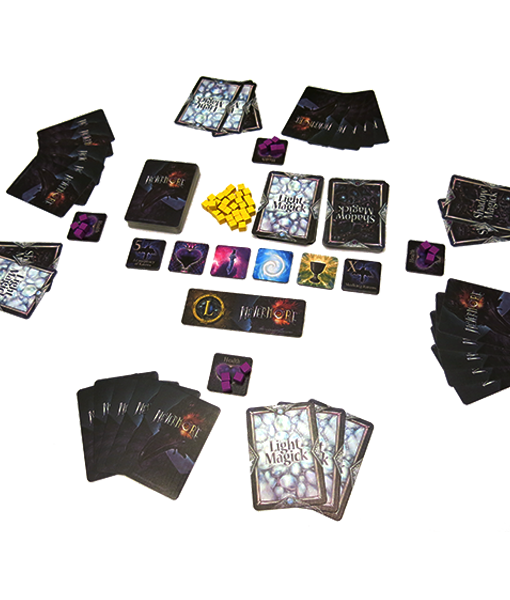 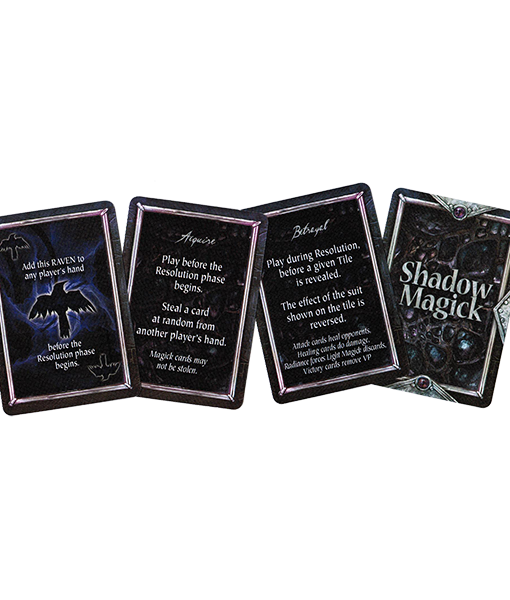 Set Collection
Maneuvers that directly attack an opposing player's strength, level, life points or do something else to impede their progress.

Be the first to review “Nevermore”

Many are the paths to power: brute force, subtle deception, cunning trickery. You hold the cards…but you can’t keep them all. What will you decide to collect for personal gain? And what are you willing to give up in order to destroy? The Ravens are gathering, many of whom used to be rivals. Will you rise to power or simply be…nevermore.

Nevermore is a casual-style, card-drafting game in which you quickly build your hand each round, collecting cards you want and poisoning your opponent’s hand by passing along cards you think they can’t use. Whoever holds the most of a given suit, gains the power of that suit to attack, heal, acquire Light or Shadow magicks and score victory points.

Will you transform all your rivals into ravens — or can they regain their human form in time to score enough victory to win?

Nevermore can be taught in less than five minutes, yet hides a surprising amount of depth in strategy, as players try to outwit and outmaneuver their opponents. Player ‘transformation’ replaces player elimination, keeping everyone in the game until the last moment, yet still rewards players who have performed better during the game. That’s because a player who has become a Raven cannot win until they can find a way to transform back, but they still play, helping to doom other players and trying to collect one of two specific hands (all of one suit – or – one of every suit) to become human again.

Short game length encourages multiple plays per session and appeals to players of all skill levels – with plenty of underhanded plotting and backstabby goodness.

Players are dealt a hand of 5 cards – but they will not keep them all.
During the drafting phase, players must pass three of those cards to the player on their left. From their new set of five, they must then pass two to the left. Lastly, they will pass one card left – ending the drafting phase with a final drafted hand of five cards. They will have attempted to collect cards from a certain suit (or two) trying to be the player who has the most of that suit this hand – and also carefully managing what they are passing to their opponent, to make sure they don’t end up with too powerful a hand.

During the resolution phase, each suit is called for, one at a time. All players show cards from that suit simultaneously. The player with the most gains the power of the suit – and the strength of the ability is determined by subtracting the second highest total of that suit. Example: I hold three Attack cards. Two other players each hold one Attack card. (3-1=2) I do a 2 point attack on a player I choose. Healing, Victory points and Radiance (which draws a Light Magick card for each you have minus the second highest amount) all work the same way. All but Ravens, who kill cards of other suits in your hand. Example: I have 3 Victory, 1 Attack and 1 Raven. I must choose to sacrifice either 1 Attack or 1 Victory card from my hand as they are Resolved. Certain special hands give additional benefits and/or Victory points.

If your 5 Health points drop to 0, you become a Raven, still in the game, but unable to win until you can transform back.

The winner is either the last human player standing – or the first to score 6 Victory points.