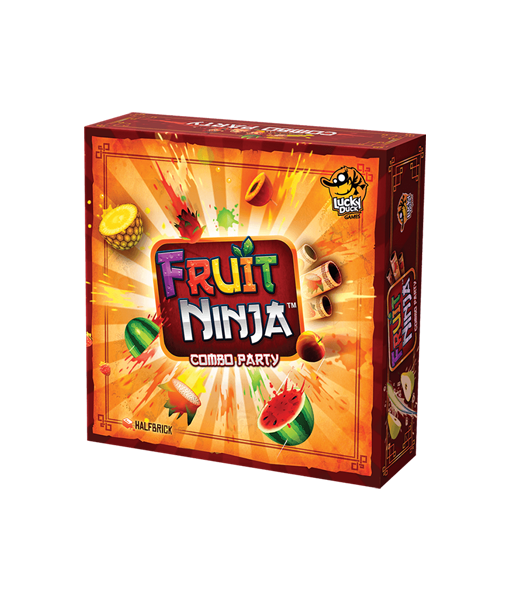 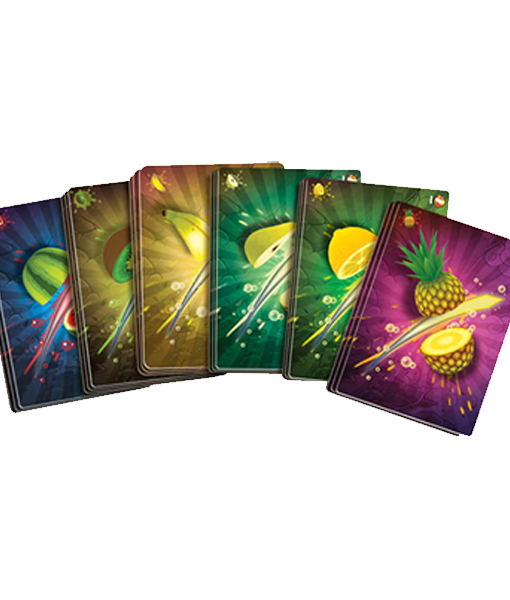 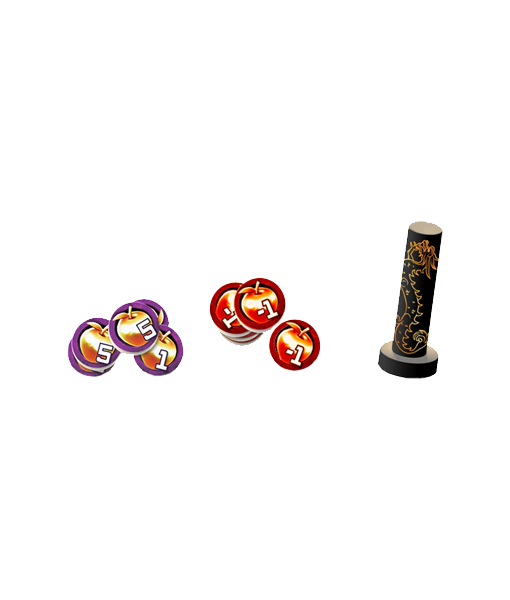 Ages 8+
Card drafting games are games in which players pick cards from a limited subset, such as a common pool, to gain some advantage (immediate or longterm) or to assemble hands of cards that are used to meet objectives within the game.

Card Drafting
Games where you repeat an action (or part of an action) until you decide to stop due to increased (or not) risk of losing points or your turn.

Be the first to review “Fruit Ninja: Combo Party”

Fruit Ninja: Combo Party is a 3 to 6 player game mixing drafting, push your luck and dexterity!

Each turn is composed of two phases:

Fruit Phase: All players chose a single fruit from their deck. All cards are revealed at the same time. If at least two players have the same fruit, the first one to grab the central totem get a reward card!
Scoring Phase: Player have to decide if they want to keep growing their current combo, pushing their luck to score more, or if they want to score immediately and start a new combo. The bigger the combo, the more rewards!

At the end of the turn, people pass their decks to the person on their left!

A Kickstarter campaign was initiated for a series of 3 games based on the popular app game. Having not met the expected goals, the campaign was terminated. From the 3 games announced, only 1 made it to print: Fruit Ninja: Combo Party.