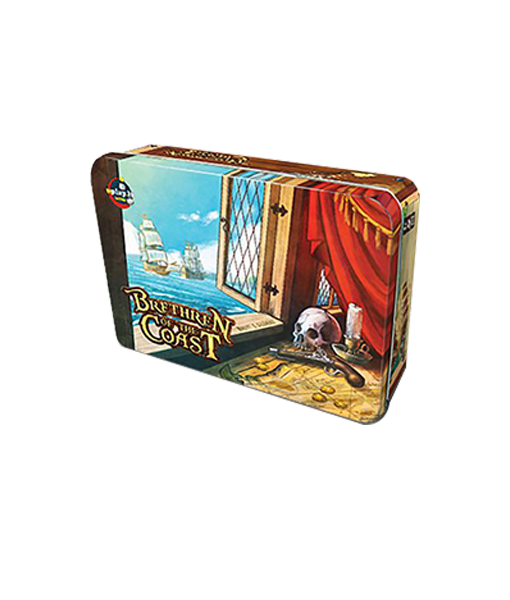 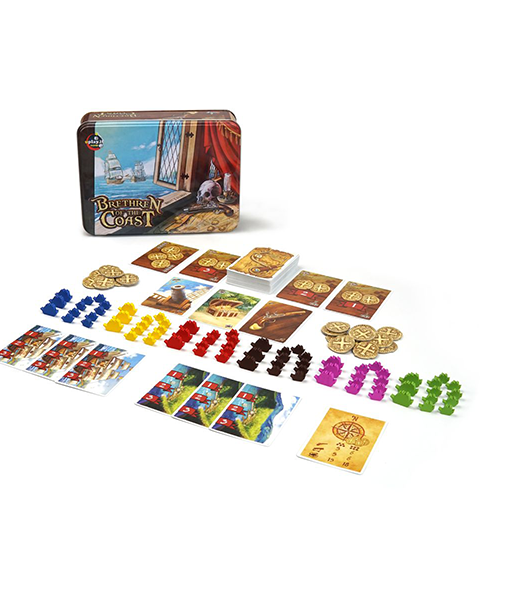 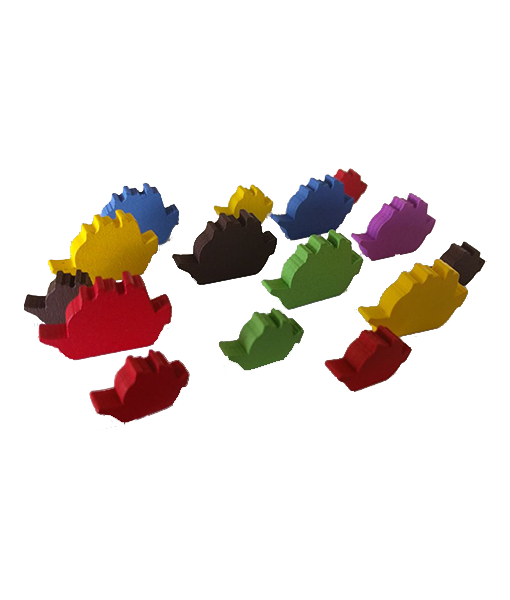 Brethren of the Coast

Hand Management
This mechanism requires players to select individual actions from a set of actions available to all players. Players generally select actions one-at-a-time and in turn order. There is usually(*) a limit on the number of times a single action may be taken. Actions are commonly selected by the placement of game pieces or tokens on the selected actions. Each player usually has a limited number of pieces with which to participate in the process.

Be the first to review “Brethren of the Coast”

We were schooner-rigged and rakish
With a long and lissom hull,
And we flew the pretty colours
Of the crossbones and the skull;
We’d a big black jolly roger
Flapping grimly at the fore,
And we sailed the Spanish waters
In the happy days of yore.
– John Masefield, ‘Long John Silver’

The players in Brethren of the Coast set out from Port Royal and on each turn must make two straightforward decisions: to sail one of their ships to confront one of the Spanish galleons or settlements, then to enlarge the treasure hoard on a different Spanish galleon or a settlement by playing a card. Each ship adds to the size of their fleet, and each card adds to the Spanish loot — or possibly to the Spanish defenses! In this way, players compete for the opportunity to get the best of the Spanish treasure — doubloons and treasure chests — but cannot know at the beginning of the game exactly what treasure waits for them, nor how the Spanish will fight back when each galleon or settlement is "reckoned" and the treasure finally shared.

Each player begins the game with four doubloons and may spend one to play a card face down, hiding information from their compatriots. Will you hide the best loot, or are you secretly aiding the Spanish against your peers in the hope of gaining a bigger payout? At the end of the game, the players count up their hoard of doubloons. In addition, the two players who have collected the most and secondmost treasure chests share all the doubloons spent to hide cards during the game — all other treasure chests are revealed to be worthless!

Can the other brethren of the coast be trusted? Will the Spanish attack the largest fleet or the smallest? The brethren may have a code, but you are pirates, after all! Together you will defeat the Spanish, but only one pirate captain will win the day!