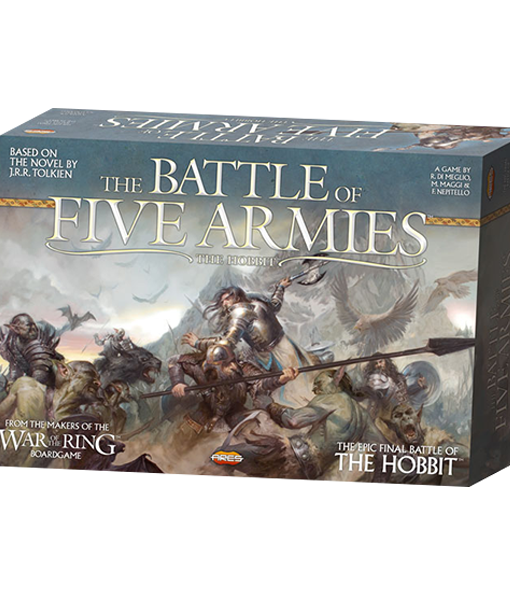 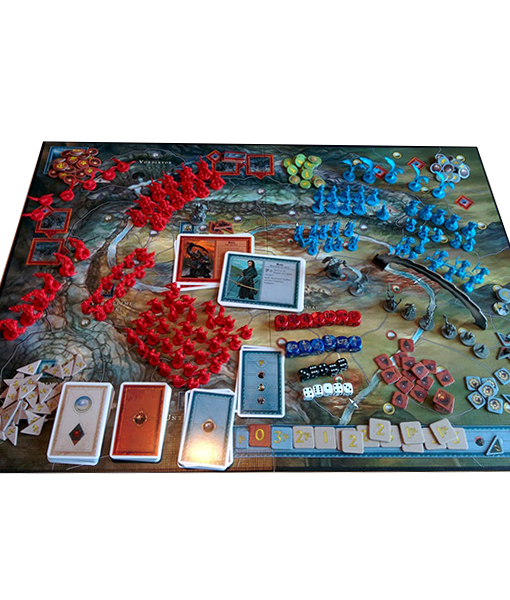 War of the Ring/The Hobbit – The Battle of Five Armies

The Battle of Five Armies is a two-players game that allows you to re-create the epic conclusion of The Hobbit, the world-renowned masterpiece by J.R.R. Tolkien.

Ages 13+
The Campaign/Battle Card Driven mechanic is a relatively recent development in war games that focuses the players' actions on cards they have in their hand. The very basic idea is that performing a single action uses a single card. Games where cards are used to determine the outcome of battles do not use this mechanic. 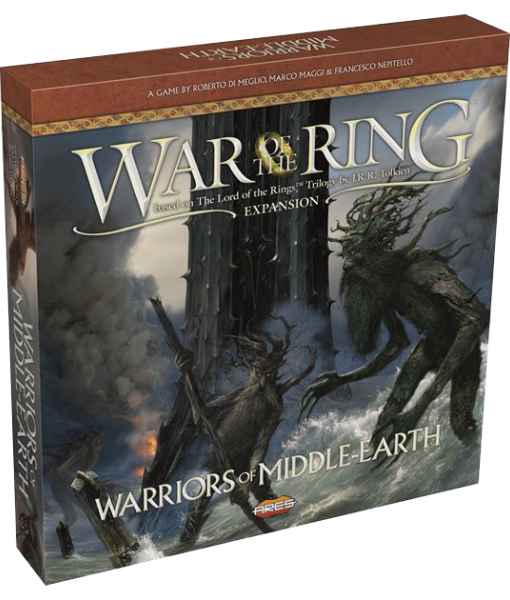 War of the Ring – Warriors of Middle Earth 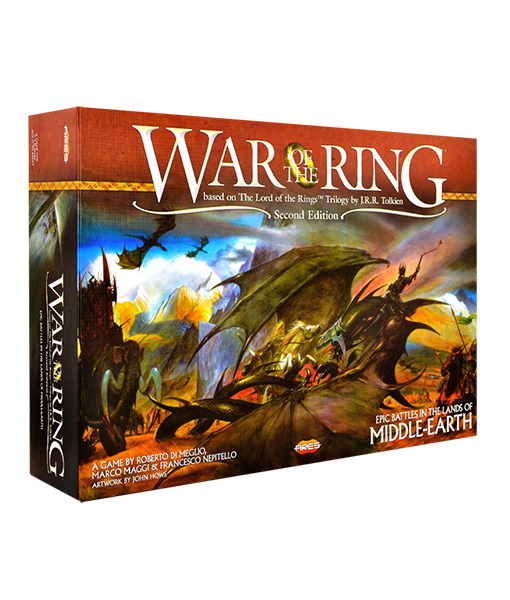 War of the Ring (Second Edition)

War of the Ring/The Hobbit – The Battle of Five Armies 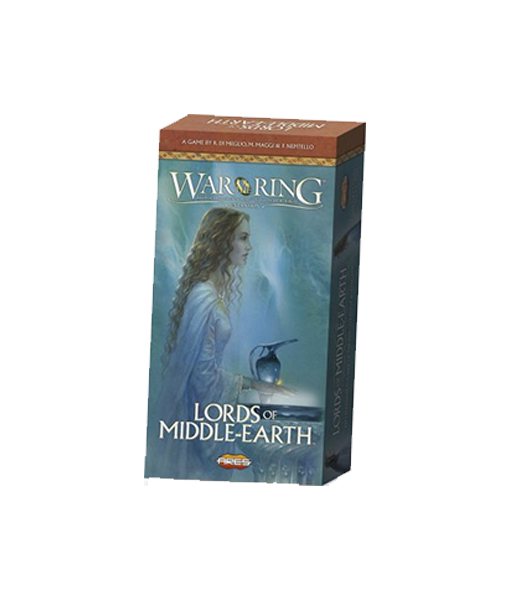 War of the Ring – Lords of Middle Earth

The stalwart warriors of the Free Peoples – Elves, Dwarves and Men – formed an uneasy alliance to defend the Lonely Mountain and the treasure of Smaug. Now, they are facing the endless horde of minions of the Necromancer. The Shadow Armies, led by Bolg, son of Azog, are going to sweep the ruins of Dale and the Front Gate with an unstoppable onslaught.

The Battle of Five Armies is a two-players game that allows you to re-create the epic conclusion of The Hobbit, the world-renowned masterpiece by J.R.R. Tolkien.

The Shadow player commands the armies of Bolg, son of Azog, the King of the Goblins of Mount Gundabad, while the Free Peoples player is in control of Men, Dwarves and Elves, led by Gandalf to fend off the goblin army.

Based on the acclaimed mechanics first used in the War of the Ring boardgame, The Battle of Five Armies merges action dice and event cards, to make each game a unique experience. The system has been further enhanced by the addition of the “Fate Track” mechanic, handling the arrival of the allies and the triggering of special events. All the key characters in the battle – Bilbo, Gandalf, Thorin, Dain, the Elven King, Bard, Beorn, Bolg – are featured with powerful special abilities and unique sculptures.

The Battle of Five Armies includes 125 plastic figures and many more top-quality components.