Ages 14+
This mechanic requires you to place a bid, usually monetary, on items in an auction of goods in order to enhance your position in the game. These goods allow players future actions or improve a position. The auction consists of taking turns placing bids on a given item until one winner is established, allowing the winner to take control of the item being bid on. Usually there is a game rule that helps drop the price of the items being bid on if no players are interested in the item at its current price.

Auction/Bidding
Hand management games are games with cards in them that reward players for playing the cards in certain sequences or groups. The optimal sequence/grouping may vary, depending on board position, cards held and cards played by opponents. Managing your hand means gaining the most value out of available cards under given circumstances. Cards often have multiple uses in the game, further obfuscating an "optimal" sequence.

Hand Management
This mechanic usually requires players to pick up an item or good at one location on the playing board and bring it to another location on the playing board. Initial placement of the item can be either predetermined or random. The delivery of the good usually gives the player money to do more actions with. In most cases, there is a game rule or another mechanic that determines where the item needs to go.

Pick-up and Deliver
Variable Player Powers is a mechanic that grants different abilities and/or paths to victory to the players. 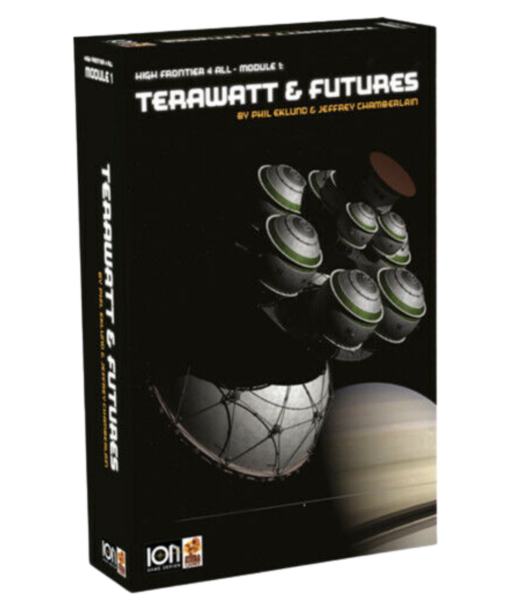 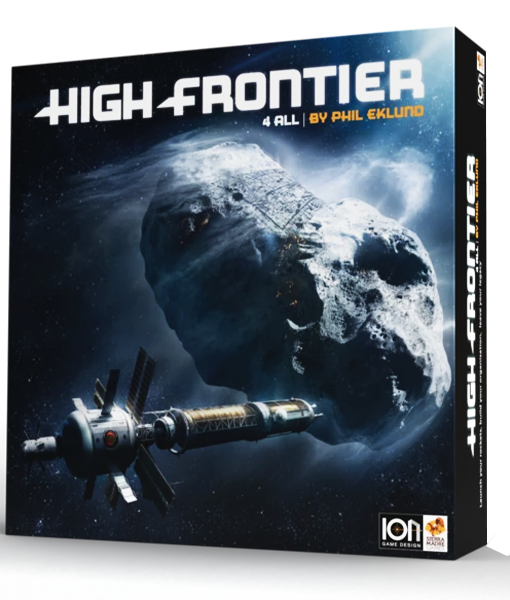 157 Ratings - Board Game Rank: Not Ranked

Be the first to review “High Frontier 4 All: Module 2 – Colonization (Kickstarter Edition)”

Module 2 – Colonization introduces orbital space colonies called Bernals and space pioneers called Colonists. These two types of cards extend the core game to go beyond industrializing and exploiting the resources of the solar system to colonizing and settling the solar system. Bernals upgrade your Colonies to give you extra Victory Points, according to the Hydration of nearby Factories. They also award Colonists, which you can take to Sites to perform extra Operations there.