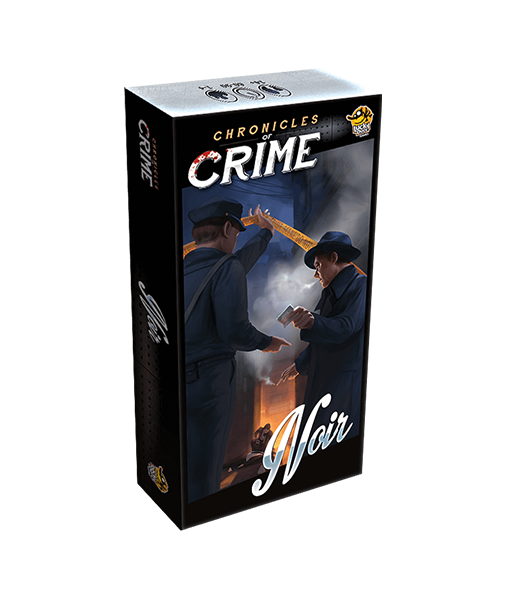 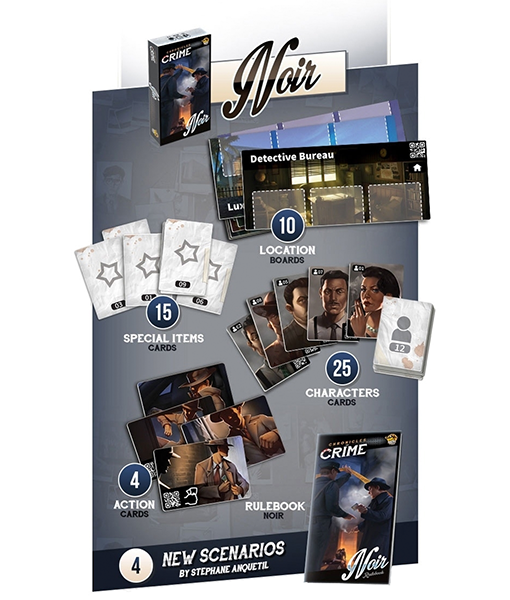 Expansion of: Chronicles of Crime

Cooperative Play
In storytelling games, players are provided with conceptual, written, or pictorial stimuli which must be incorporated into a story of the players' creation.

Storytelling
A time track mechanism is a variable player-turn order mechanism by which the player who is last on the time track goes next. The function of this mechanism can allow a player to have multiple sequential turns due to being last after each one. 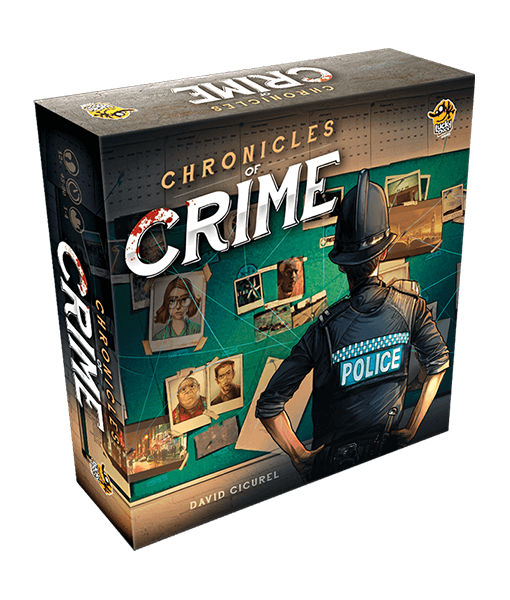 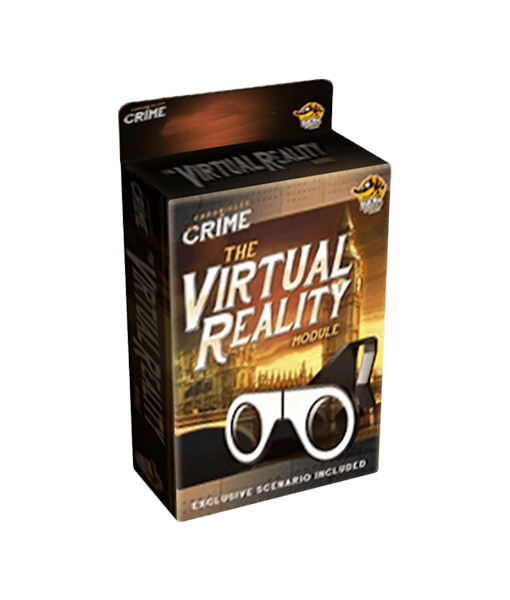 Be the first to review “Chronicles of Crime: Noir”

Noir is an expansion authored by Stephane Anquetil, a very talented writer with credentials including Sherlock Holmes Consulting Detective scenarios as well as Escape Books and Box (404 éditions).

In Noir, the whole group is collectively representing one private detective with unconventional methods.

Instead of Forensic Contacts, players have 4 action cards they can use at any point and any moment:

You won’t be able to intimidate everyone without repercussions.
Also, your money is in a shortage, so you can’t bribe everyone you meet.
Noir really brings another side to crime busting!

This Expansion requires the base game (London) to be played. It also requires an app to work (it’s impossible to play without it), but once downloaded no Internet connexion is needed to play. You currently need Android 4.4 or newer, or iOS 8.0 or newer to run the app, which may change in the future.