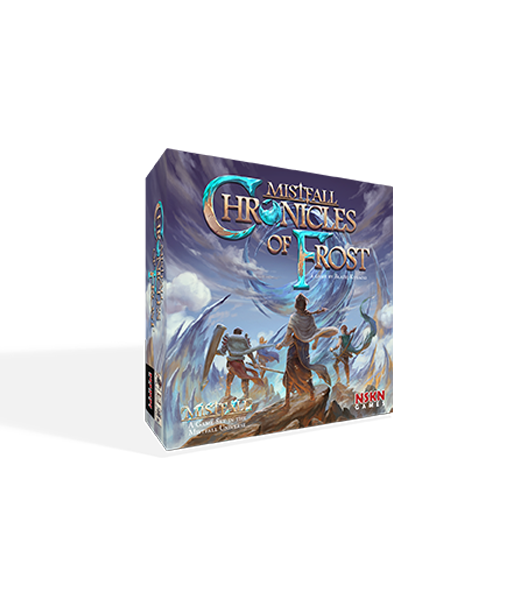 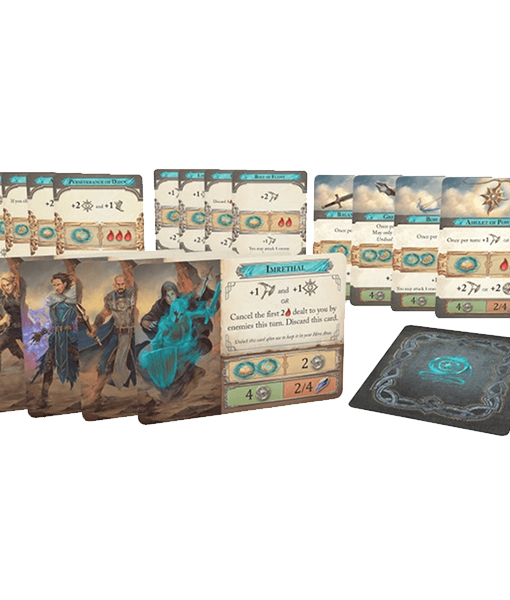 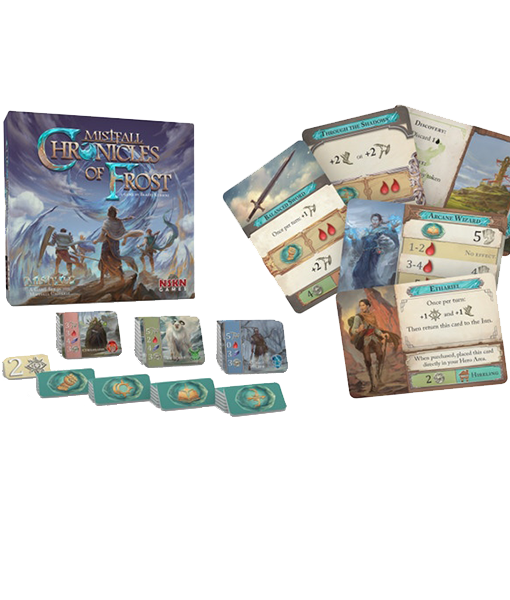 Ages 12+
Deck building/Pool building refers to a collection of related mechanisms. Players have a personal pool, or collection, of cards or tokens, that provide different actions and/or resources. A subset of those cards/tokens are randomly drawn each turn.

Deck / Pool Building
Play occurs upon a modular board that is composed of multiple pieces, often tiles or cards. In many games, board placement is randomized, leading to different possibilities for strategy and exploration.Some games in this category have multiple boards which are not used simultaneously, preserving table space. Unused boards remain out of play until they are required. 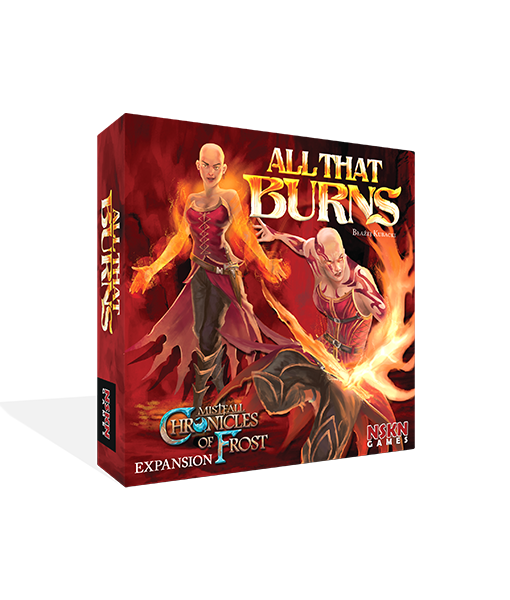 Chronicles of Frost: All That Burns

Be the first to review “Chronicles of Frost”

The land of Valskyrr needs its heroes once again! Only those with true skill and resolve can brave the ever changing icy paths and monstrosities spawned by the nefarious power of the Mists. Fell mighty enemies, explore and shape the land, embark on quests, write your own chronicle, and become a legend in a world of dark sorcery and peril. Will you answer the call to adventure?

Chronicles of Frost is a deck-building adventure game set in Æstemyr, a dark fantasy universe rich in its own lore, shared by Mistfall, Heart of the Mists and Shadowscape.

Start with two unique quests and a small deck, and improve your character by gaining new ability cards, items and allies. Unlock each card’s more powerful effect by using skill tokens or by exerting your character to push ever further on your way to becoming a legend. Face ruthless enemies and reap the rewards of your victories. Explore and build the world, creating a new map every time you play, and use the special abilities of locations to your benefit. Manage your deck by retiring cards into your personal chronicle, where they will yield more fame at the end of the game.

Face up to three opponents in a new competitive adventure game (or brave the frozen wilds cooperatively), playable in 80 minutes, and write the chronicle of your hero.