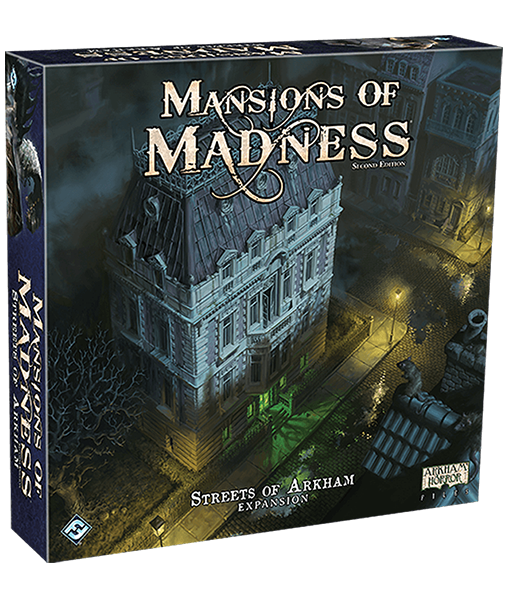 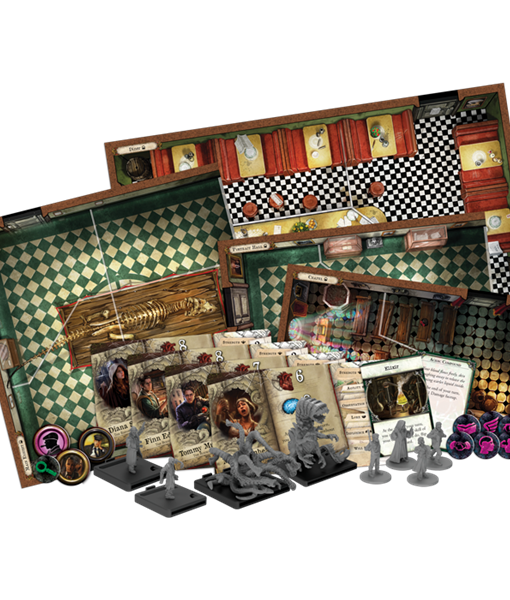 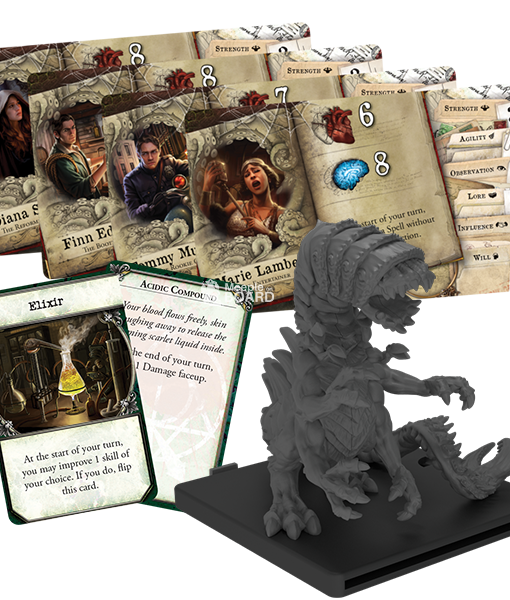 Streets of Arkham is an expansion for Mansions of Madness: Second Edition in which investigators must confront the horrific secrets behind Arkham’s failing facade of normalcy.

Modular Board
Games with partnerships offer players a set of rules for alliances and teams. Partners are often able to win as a team, or penalties are enforced for not respecting alliances

Partnerships
This mechanic usually requires players to pick up an item or good at one location on the playing board and bring it to another location on the playing board. Initial placement of the item can be either predetermined or random. The delivery of the good usually gives the player money to do more actions with. In most cases, there is a game rule or another mechanic that determines where the item needs to go.

Pick-up and Deliver
Variable Player Powers is a mechanic that grants different abilities and/or paths to victory to the players. 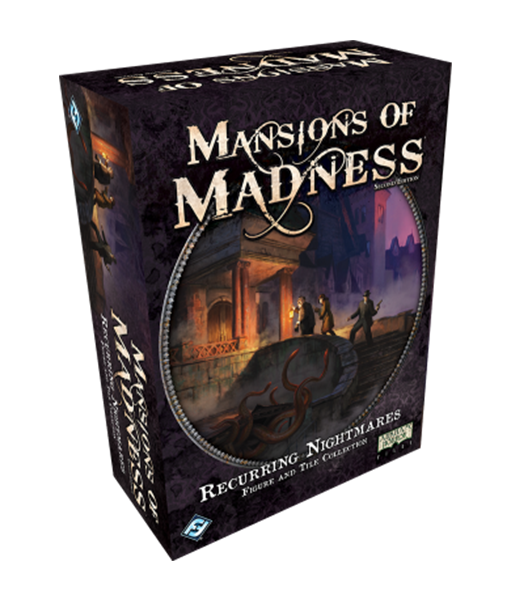 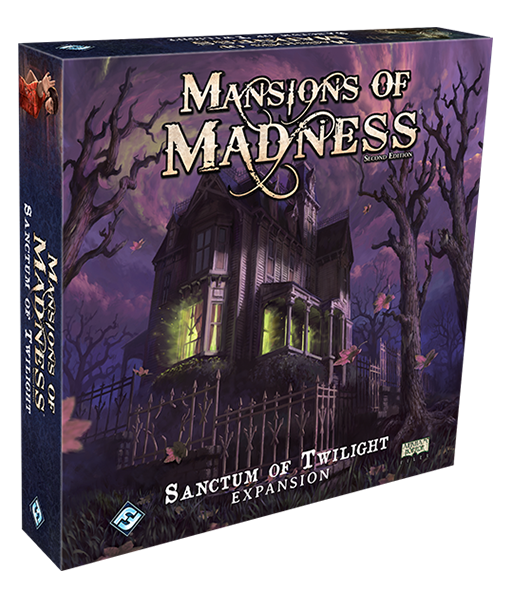 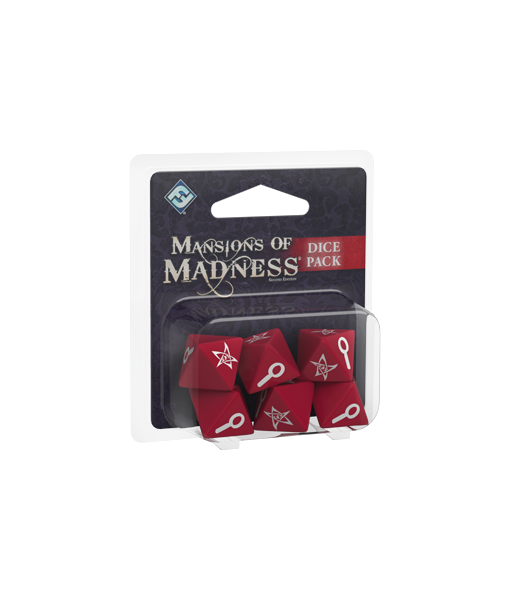 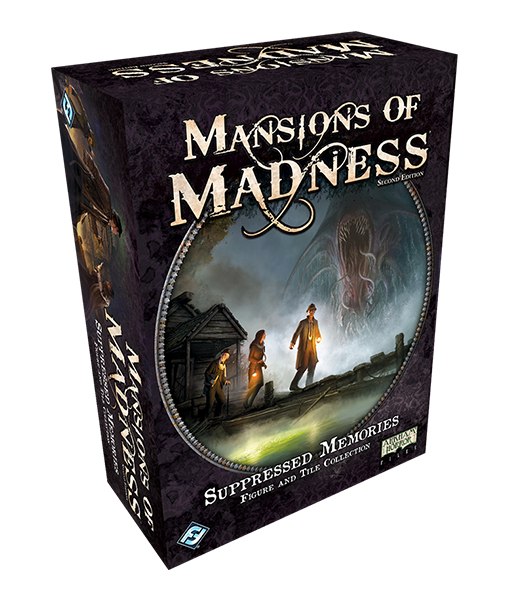 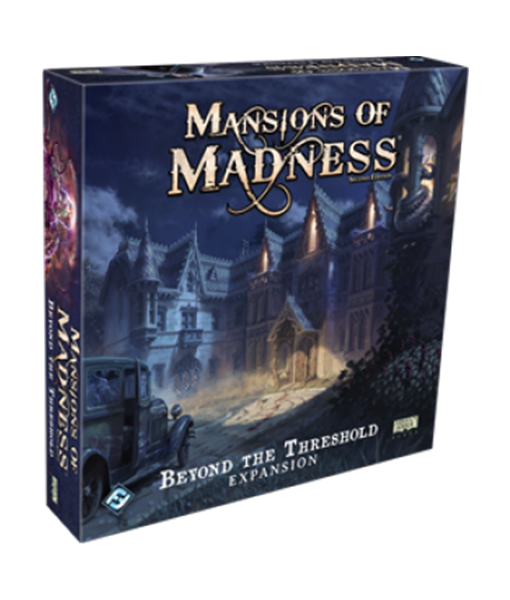 Mansions of Madness: 2nd Edition – Beyond the Threshold 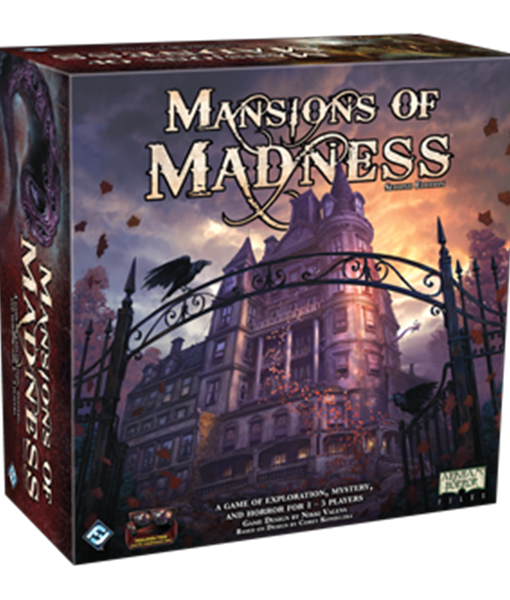 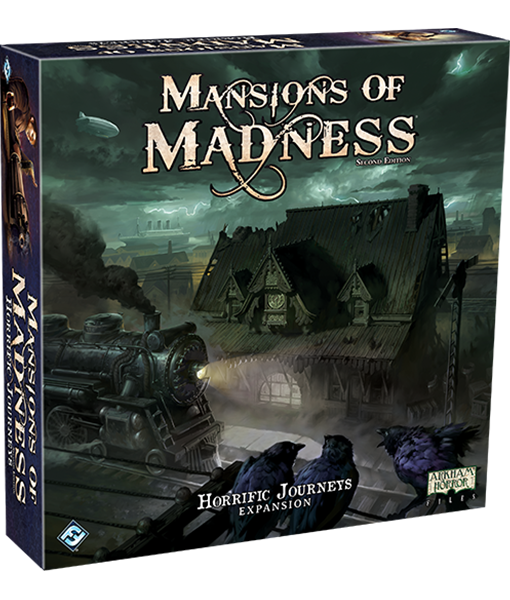 Be the first to review “Mansions of Madness 2nd Edition: Streets of Arkham”

Evil extends its reach and spills into the Streets of Arkham! This expansion for Mansions of Madness: Second Edition places four new investigators in three thrilling digital scenarios that incorporate new elements of gameplay, including elixirs and improvement tokens. Players get hours of exciting gameplay filled with horror and hardships that incorporate the core game and build upon the Arkham Horror canon.

Streets of Arkham is an expansion for Mansions of Madness: Second Edition in which investigators must confront the horrific secrets behind Arkham’s failing facade of normalcy. From the campus of Miskatonic University to the gang-run speakeasies and storefronts, investigators face threats on both the supernatural and worldly fronts. Only with their wits, grit, and the occasional opportunity to unlock hidden potential can they overcome the threats to the city- and their lives.