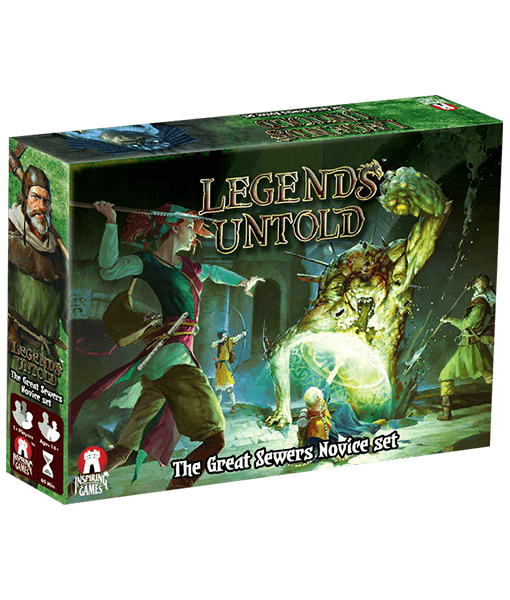 Be the first to review “Legends Untold: The Weeping Caves”

Legends Untold is a co-operative card based adventure game for 1-8 players(4 players in the basic box, more with the expansion). Play an in depth adventure games with your friends in about an hour. Small setup time, zero downtime and a lot more than just finding the next monster to bash.

Intelligent game mechanics that rely on the Party working together to overcome foes, traps, Obstacles, barriers, NPCs and more. Build your Hero your way from a wide choice of Talents, Weapons, Outfits and Kit. Scout the depths of the Caves (with more environments to come!), building a map between locations as you uncover the threats within

8 Scenarios included, with a wide range of objectives, unlocking the story of your Heroes and their tales to become legends.

Uses 3 six sided dice to resolve tests, but more importantly the entire Party working together. Multiple ways to defeat each obstacle, barrier or trap with different rewards for each. Use your talents and equipment and work as a team.

Risk/Reward mechanics for talking to NPCs and deciding if you are going to push your luck, and end up angering them. Co-operative mechanics for combat, including assisting each other in combat, morale and defeating complex foes.