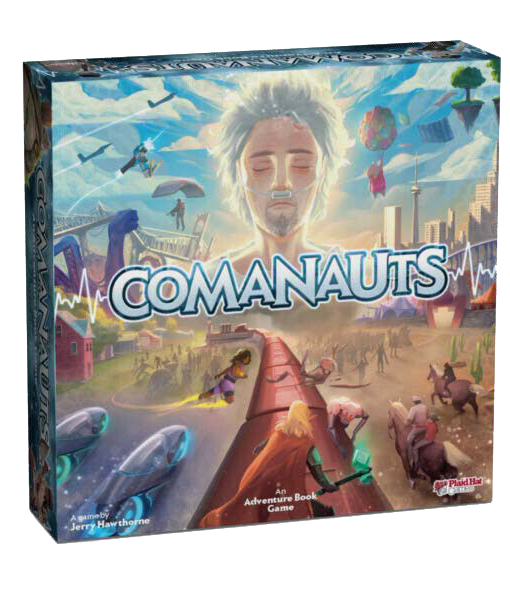 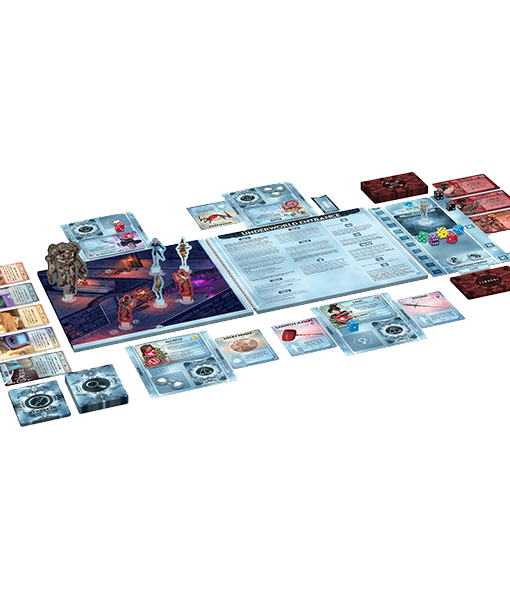 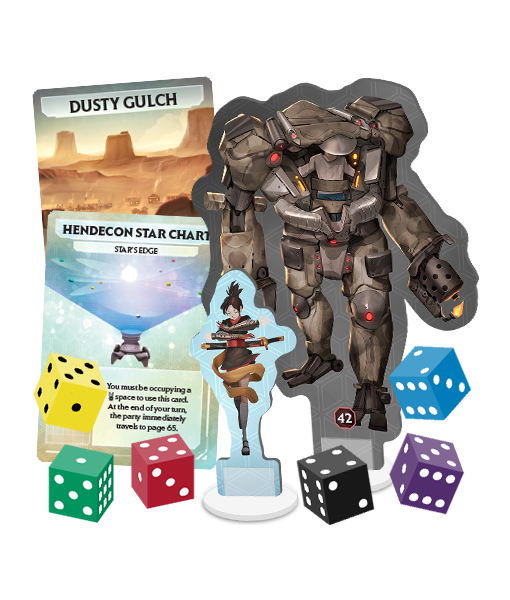 Dice Rolling
Variable Player Powers is a mechanic that grants different abilities and/or paths to victory to the players.

Be the first to review “Comanauts”

Dr. Martin Strobal, the greatest mind of our generation, lies in a coma. His Mobius Ring invention promised to change the world, but has instead given us our greatest disaster. Meant to provide the world with unlimited clean energy, the Mobius Ring malfunctioned, bathing Dr. Strobal in radiation, and creating a singularity that threatens to consume the world. We need him back, and the only way to revive him from his coma is to enter his subconscious and free him from the demons found within.

Comanauts is the second installment in Jerry Hawthorne’s Adventure Book system following Stuffed Fables. This game of exploration and danger builds on the mechanisms first introduced in that earlier title, providing a new experience for more mature players. Race against time to revive Dr. Strobal by exploring his tormented mind. As players work together to uncover the secrets of the doctor’s subconscious, they will follow his inner child across eleven different Comazones. There they attempt to locate and overcome the Inner Demon that holds Dr. Strobal hostage. Assume the role of 22 unique avatars as you explore the dangers and secrets of each world locked inside the doctor’s dream. Can you free Dr. Strobal from his own mind before it’s too late?