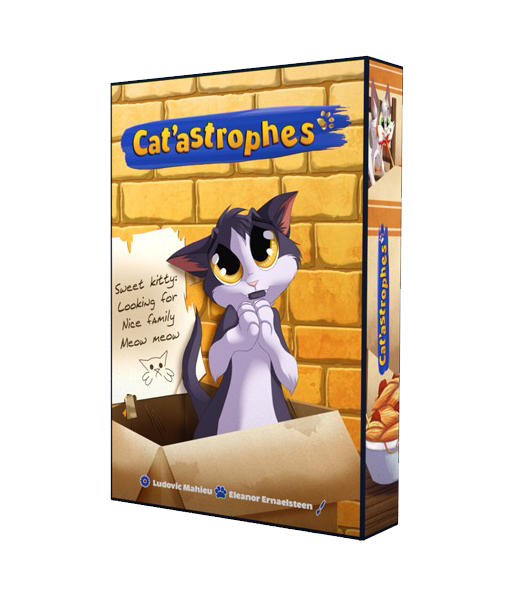 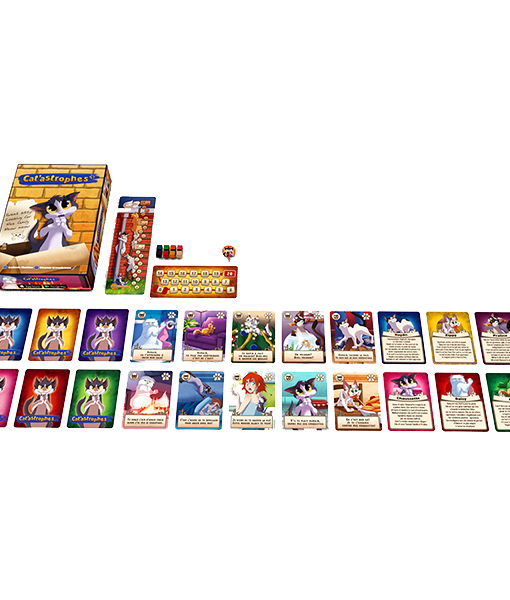 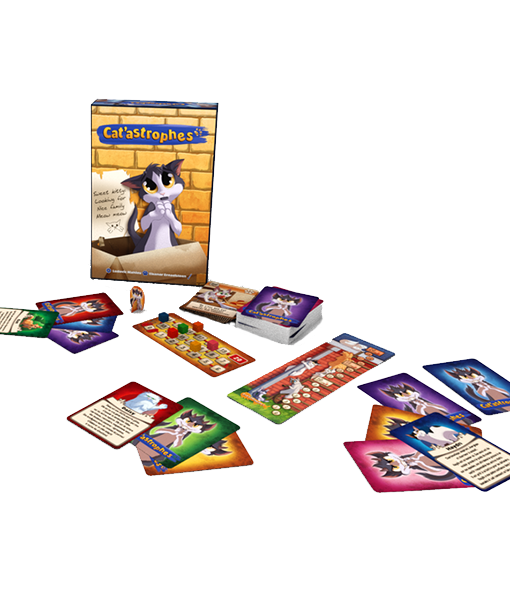 Ages 7+
In programming, every player must secretly choose and commit their moves for the next 'n' turns. Then each player plays their turns out according to the choices made. The key to Action / Movement Programming is that all players choose and lock in their actions, prior to anyone executing any of their actions.

Action / Movement Programming
Hand management games are games with cards in them that reward players for playing the cards in certain sequences or groups. The optimal sequence/grouping may vary, depending on board position, cards held and cards played by opponents. Managing your hand means gaining the most value out of available cards under given circumstances. Cards often have multiple uses in the game, further obfuscating an "optimal" sequence.

Hand Management
Games that use the Memory mechanic require players to recall previous game events or information in order to reach an objective.

Be the first to review “Cat’astrophes”

You’re a cat now! And as any self-respecting cat, your way of life is to make as much mischief as possible. But beware to not being caught by a Hooman or you’ll be grounded! Try to blame another cat instead!

Each player plays his turn, starting by the first player. You can make 3 different moves:

When everybody has made a move, all player reveals the cards and effect are applied on the shared mischief stair. Then check who’s get caught!

In the game, there are 3 kinds of cards:

The game ends when a cat was very bad and grounded 20 times or when the deck is empty. The lesser grounded cat win the game!

Cat’astrophes is a family card game for 2 to 6 players.
Recommended starting age is 7+. Play session last about 15 minutes on average. Both core board gamers and casual one can enjoy the game due to the guessing mechanic and the possibility to use strategies!

After our Kickstarter on 7th march, Cat’astrophes should be available in store late-2018.