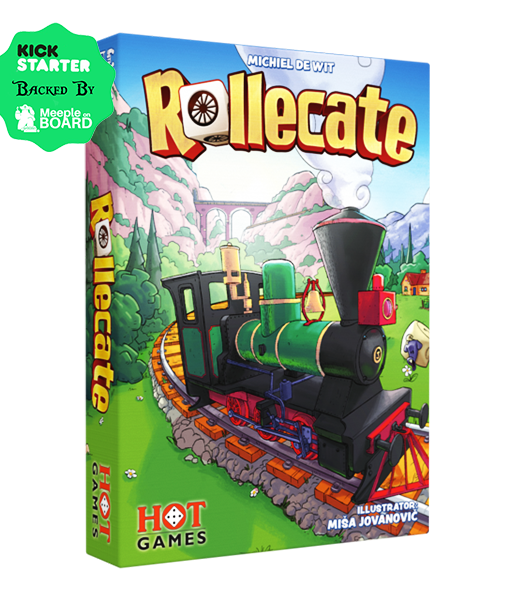 Be the first to review “White Metal Rollecate Miniature (Kickstarter)”

The White Metal Rollecate Miniature is an aesthetic accessory, and not a gameplay expansion.

In 2018 we launched a Kickstarter campaign to fund the game Rollecate based on this historical train. The game was quite a success and over 8.000 copies were made thus far.

But only a limited number of white metal miniatures were made. With this #Make100 campaign, we aim to produce a limited new and improved series of the white metal Rollecate miniature.

Although the miniature was originally made to be used with the Rollecate game, there is absolutely no reason why you wouldn’t put it in a showcase, it’s that pretty. The new miniatures will again be made by the DTR white metal foundry in The Netherlands, under supervision of the famous master caster Ramon Jahn.

The original Rollecate miniature was very advanced and quite pushed the boundaries of what was possible. When casting miniatures from white metal, hit liquid metal is poured into a mold that is spinning at high velocity. To cast Rollecate, a special 3-part mold had to made, the metal had to be very hot and the mold was spun at extreme velocities. We got tons of positive feedback on the white metal miniature, with people recognizing the extreme quality. There are a lot of details: rivets, side rods and even levers inside the cabin! All of these details have been expertly modeled after the actual train.

For this campaign, we will be creating a whole new production series of this miniature. We will create new, high quality molds and cast a limited number of miniatures from them. Every miniature will be hand finished to a classic antique look.

Every miniature will come with a red velvet protective pouch for safe storage and a numbered certificate of authenticity, signed by the master caster Ramon Jahn himself.